What Are Chances For Car Accident Case To Proceed To Trial

All those affected by a failed settlement would have reason to prepare for the scheduling of a trial. The chances for that happening would depend on the existence or absence of specific factors.

The absence of what factors would increase chances of a trial?

The absence of a settlement: That could be the result of a stalemate that was created during the negotiations. Maybe the adjuster had insisted on reducing the demanded compensation, and had alleged the existence of shared blame. Perhaps the claimant had refused to go along with the adjuster’s request.

The absence of a verification of the fact that the 2 sides had agreed on compensation terms: Either side could have chosen to reject those terms.

On what factors must claimants rely, when seeking to prove a defendant’s negligence?

The existence of what factors would decrease the chances for a trial?

The existence of hesitancy on the part of the claimant: Not all claimants are eager to face the opponent in a courtroom, if the negotiations do not go smoothly.

The existence of support from the judge, if the defendant were to move for a dismissal of the allegations that had come from the claimant

A willingness by both parties to settle their differences, perhaps after the revelation of specific evidence, during the discovery session

Principle features of a car accident trial: The decision could come from a single judge or from a jury

The plaintiff must satisfy the demand for satisfaction of the burden of proof, as per personal injury in Burlington.

How could the plaintiff produce the burden of proof?

He or she would need to show that a preponderance of the evidence provided support for 2 claims: The defendant had been negligent and that had caused the plaintiff’s injury

What elements would be proof of the defendant’s negligence?

A lawyer can use many different types of evidence to ensure you receive compensation. Below is a brief of some types:

What If Your Accident-Related Injuries Don’t Appear Until Weeks After The Accident?

When you suffer an injury in an accident, you must seek medical treatment as soon as possible. The sooner you get help,

Dog bite cases are serious and can lead to injuries requiring expensive medical treatment. In addition, dog bites are often caused by 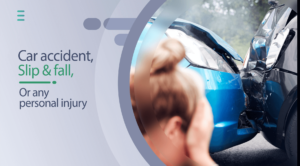